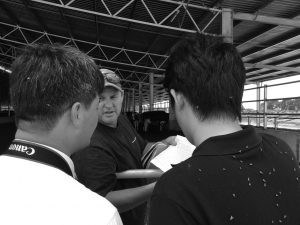 In total FIRB recorded Australia’s 2014 total stock of foreign investment at almost $2.8 trillion, up from about $1.2 trillion a decade ago.

FIRB also noted United States direct investment in Australia had declined over the past decade from 39% to 24%. At the same time Japan’s direct foreign investment doubled to nearly 9.5% and Chinese investment had risen from negligible to nearly 4.5%.

In recent years Australia’s foreign investment approval process has been under the microscope.

On the 1st of December 2015, Treasurer the Hon. Scott Morrison announced the launch of the Turnbull Government’s robust new foreign investment regime.

The new foreign investment regime is designed to provide stronger enforcement and a better resourced reporting system with clearer rules for foreign investors.

“Foreign investment rules need to be strong, effective and enforceable. The changes taking effect today follow the passage of the Government’s Foreign Acquisitions and Takeovers Legislation Amendment Bill 2015. They provide greater compliance powers to the Australian Taxation Office (ATO) and introduce strict new penalties for those caught breaking the rules”.

The Australian Government expects all entities operating in Australia to maintain the highest standards of corporate behaviour, irrespective of whether those entities are Australian or foreign owned. Persons involved in operating these entities are expected to understand Australia’s regulatory environment and abide by all the relevant requirements.

These requirements are ongoing and may change from time to time. Accordingly, investors are expected to keep themselves up to date with any changes to their obligations that may occur.